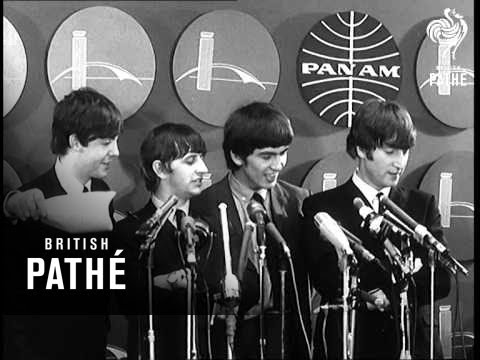 It was June 1967. Commencement over, we had said our goodbyes. Yearbooks sported both the sincere and the trite, those embarrassing scribbles scanned but not read. Many a familiar face had been seen for the last time. Some would actually be missed. The lockers, the building quads, the cafeteria, the student parking lot, all had momentarily been abandoned. It was an empty, if not eerie, finality to the whole thing.  Sure sounds like a teenage epiphany. It was, but just in part. These were unsettling times and they were only getting worse. Beyond the tribulations of just growing up, there was an unavoidable adult reality lying in wait. Deep down we knew it. We always knew it, an unpreventable vulnerability. After all, we grew up as “Duck and Cover Kids,” the newly anointed draft card carrying constituents of the worlds foremost superpower. Our youthful naiveté, along with a number of cognitive biases, were coming to an end; more abruptly for some than others.

Looking back, less than five years earlier, we were still kids, peddling our last trips to junior high, the plunge, and the sandlot. Depending upon family affluence, the mode of transportation was provided by J. C.  Higgins, Huffy, or Schwinn. Regardless, these two wheeled extensions of ourselves would soon become cobwebbed covered memories, permanently mothballed victims of a pending pubescence.  Even if it meant walking, no self respecting high schooler would be caught dead riding a bike. Our once coveted  P. F.  Flyers and Red Ball Jets were being replaced by Converse and Jack Purcell. Like it or not we were now officially “Freshmen,” invisible to the upper castes yet in a place where every blemish, every foible never went unnoticed. Clearasil would only go so far. Little did we know that our visceral insecurities were not totally our own. The nation as a whole was uneasy with itself, its place in the world. Morays were adjusting. New roles were being assigned. The pace of change questioned what was before, unquestionable. We were just finding out that good guys didn’t always wear white.

Backlit by a cold war, our families were living in the aftermath of McCarthyism, the “Red Scare” and the remnants of the Korean War. We were just old enough to get some sense of this when the October 1962 Cuban Missile Crisis came to pass. For our parents, this was a recurring message. America, the leader of the free world, was duty bound to thwart  the “Red Menace.” To a bunch of eighth graders the ensuing blockade brought a sense of foreboding tangibility to what had been nothing more than a string of ancient newsreels. Even so, it was a momentary interruption. The government’s foci returned to West Berlin and Checkpoint Charlie. The Soviet threat continued while annual conscriptions grew from 82,000 to 119,000. Meanwhile, a distracted nation hadn’t noticed the happenings in southeast Asia; US troop levels in Vietnam now stood at 16,300, some 5,000 more than the previous year.

There were even more tidbits from an unfamiliar side of America that was a whole lot closer than we realized. MLK would pen his “Letter From [the] Birmingham Jail.” White supremacists would blow up the 16th Street Baptist Church, killing four African American girls, one 11 and three 14. Kennedy would momentarily turn his attention away from protecting the free world and focus on our own civil unrest. He would give his most direct speech to the American people in his “Report on Civil Rights.”

The declaration had been made: Equality for all Americans was a moral issue, a message that came too late for one of the founders of the civil rights movement, Medgar Evers. He was murdered the next night.  As the year continued to unfold, MLK would take center stage in the March on Washington. This time, in front of a crowd of 250,000, he would make it clear, he had a dream.

Twice a day, we would get these flashes, these bits and pieces of a world outside of our sheltered peripheral vision. The front and sports pages of the morning paper would have my fathers attention. He knew how to master its folding as he maneuvered around his over-hard eggs, toast, and coffee. It was usually a silent affair. Come 6:00 p.m., dad’s return voyage from work would first stop at the dinner table with its unobstructed view of the television. He was mostly an NBC man, inviting both Huntley and Brinkley into the home each night. Cronkite and Howard K. would accept similar invitations in the living rooms of other homes. Still at this age, meals required mandatory attendance. For 30 minutes in the morning and 30 minutes in the evening, this is where current affairs were catalogued, sometimes even discussed. All of this was but a prelude. For it was 1963 and it wasn’t over. It was the beginning of fourth period, just two months into our first year of high school, when we got the news: The president had been shot and seriously wounded. Within the hour, our teacher would quote Cronkite:

How could this be happening? JFK had captured our attention, our very imagination. We could relate. He spoke directly to us, the legion of impressionable fledglings. Possibilities were just beginning to come into focus.  Interrupted by an unavoidable reality, hopes and dreams were permanently dampened. A procession, a drum beating cadence, Chopin’s Funeral March, and John John’s salute became indelible. A caisson from another era carried the flag draped casket of the president. Sporting stirrups with boots in reverse, a restless, riderless horse, a half-Morgan named Blackjack, followed close behind. At the end of the day, a flame would be lit, it would be eternal. Innocence once removed, this was our baptismal into adolescence, another uncomfortable glimpse of the world around us. This was a reality we weren’t ready for. We had just barely found homeroom.  Perceptions and gross generalities being what they are, both “Tweens” and adults would be left with their own versions of what was. Some of us pined for summers past. Still others focused on tomorrow. Unavoidable adulthood was still four years, a lifetime, away. It’ll be safe by then, won’t it?

It was now 1964, and both Bob and Sam would sing about change. Dylan would make clear that the “Order is Rapidly Fading” while Cooke lamented how his “Brother Kept Knocking Him Back Down on His Knees.” We needed to pay attention. Casual listening wouldn’t do especially when lyrics were carrying social commentary. However, timing being what it is, it was difficult to do so for there was an invasion going on, it was British. Our short attention spans were busy sorting out the “Mods” from the “Rockers.” The Beatles, the Stones, the Animals and the Dave Clark Five led a wave of new sounds, some with the familiar tinge of black retro-blues. The Yardbirds, the Kinks, the Hollies and a host of one, maybe two, hit wonders would also cross the pond. The competing vibrations from LA, San Francisco, Detroit, Philly, Boston and the Village would continue to flood the airways.  The instrumentalists, Duane, Dick, the Champs, the Tornados, the Sufaris, and even the Ventures, were already memories; walking, not running, to the door. Stereo was in, Mono was out. It was a time when tennis shoes gave way to “Beatle Boots.” It was all about the music, hormones notwithstanding. From here on out, it was going to be “A Hard Days Night.”

That same year, Dr. Strangelove taught us how to stop worrying and love the bomb. After all, in spite of “Fail Safe” and “Seven Days in May” we had long since quit counting how many atolls had disappeared under a mushroom cloud. “Goldfinger” was next up for 007, “Mary Poppins” was handing out spoons full of sugar while Clint was staring in the spaghetti studded film, “Fistful of Dollars.” While we were getting “Bewitched,” the Minnow was just about to be lost. Ben, Little Joe, and Hoss would let us roam around the Ponderosa but we were really waiting to see our next favorite band on “Ed Sullivan.”

And then there were sports. Final—the Cardinals beat the Yanks, the Celtics upped the Warriors, the Browns blanked the Colts, the MapleLeafs took the Red Wings, Hayes won the 100 in Tokyo, and Cassius, soon to be Muhammad, knocked out Liston. It was the year my Dad’s favorite driver, Eddie Sachs died at Indianapolis. We listened to it on the radio.

All in all the world kept spinning. On the heels of the Monson Motor Lodge Protests, and a 60 day filibuster by southern Dixiecrats, came the passage of the Civil Rights Act. President Johnson had carried forward the vision outlined by JFK just a year and some change earlier. With the ink on the legislation barely dry, violence would only rear its ugly head in Harlem, Rochester, Jersey City, Philadelphia and of all places, Dixmoor Illinois. Another teenager, this time fifteen year old James Powell, would be shot three times by an off duty New York City police officer.  A pattern that had been, and would continue to be, repeated time and time again. For an obtuse suburban dwelling white America, this was still something distant, usually out of sight and out of mind. These were incidences affecting the black inner city poor or a blatantly segregationist south. Besides other things were brewing. In just two years, troop levels in Vietnam had more than doubled now standing at 23,300. Annual inductions hovered around 112,000. The Free Speech Movement and the burning of draft cards had begun. In the Soviet Union, Khrushchev was out, Brezhnev was in. The US nuclear stock pile had exceeded 31,000 warheads. The Soviets had even more. ICBMs, ABMs, and MIRVs, take your pick.

In other news, cigarettes cause cancer. Anchorage would be hit by the biggest earthquake on record. What we didn’t know is all of that TV watching, all of those commercials had taken their toll: we were becoming emerging members of the nation’s consumer republic. Someday we will have our own BankAmericards. At least the boys anyway.