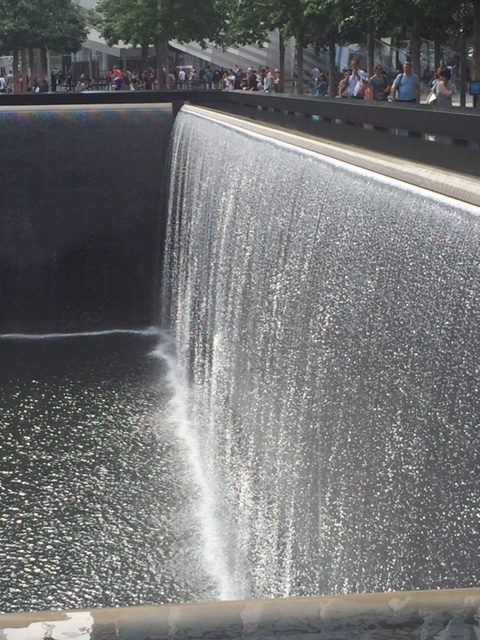 It has been 18 years since 9-11, our contemporary day of infamy. As if watching a B movie on some vintage cable channel, we witnessed commercial airliners disappear into the glass reflections of New York’s twin towers. Amidst chaos, a smothering wave of  debris, and the successive collapse of the two monoliths, the country attempted to absorb what was happening. We saw the determined looks of first responders doing what they do best. We saw the fear and disbelief on the soot covered faces of those just steps ahead of the ensuing wall of smoke. For me those images, and the subsequent unfolding stories of lost friends and family, are indelible.

Two days later, I wrote the following passage. Although the local papers published it unedited, I wish I had waited. My rational self had not caught up with my emotions. At the very least, I needed to reflect on the tragedy in a Pennsylvania field and the impact on what was once considered the impregnable Pentagon. In any event, I reproduce this short commentary every year. If nothing else, it is a reminder to myself that there is faith in humanity.

You’ll find its expression of spirit in a conversation with a cop on Broadway, a food vendor in Central Park, or a doorman on 5th Avenue. You’ll find the City’s very soul goes beyond the symbolic appearance of the Empire State Building, the Met, or Grand Central Station. Through its own demonstration of human strength, New York City will rise above the unspeakable tragedy of September 11, 2001. The view from Brooklyn Heights towards lower Manhattan will never be the same. We, like our fellow Americans, will never be the same. Temporarily bent, yes, but hardly broken. If the definition of New York City is to be tied to its silhouette then Ellis Island, the United Nations and Saint Patrick’s Cathedral may prove to be better considerations. Between sorrow and anger, we should all be proud as to how America’s largest city is handling this tragedy that is beyond definition. New York City is expressing what it is to be American.